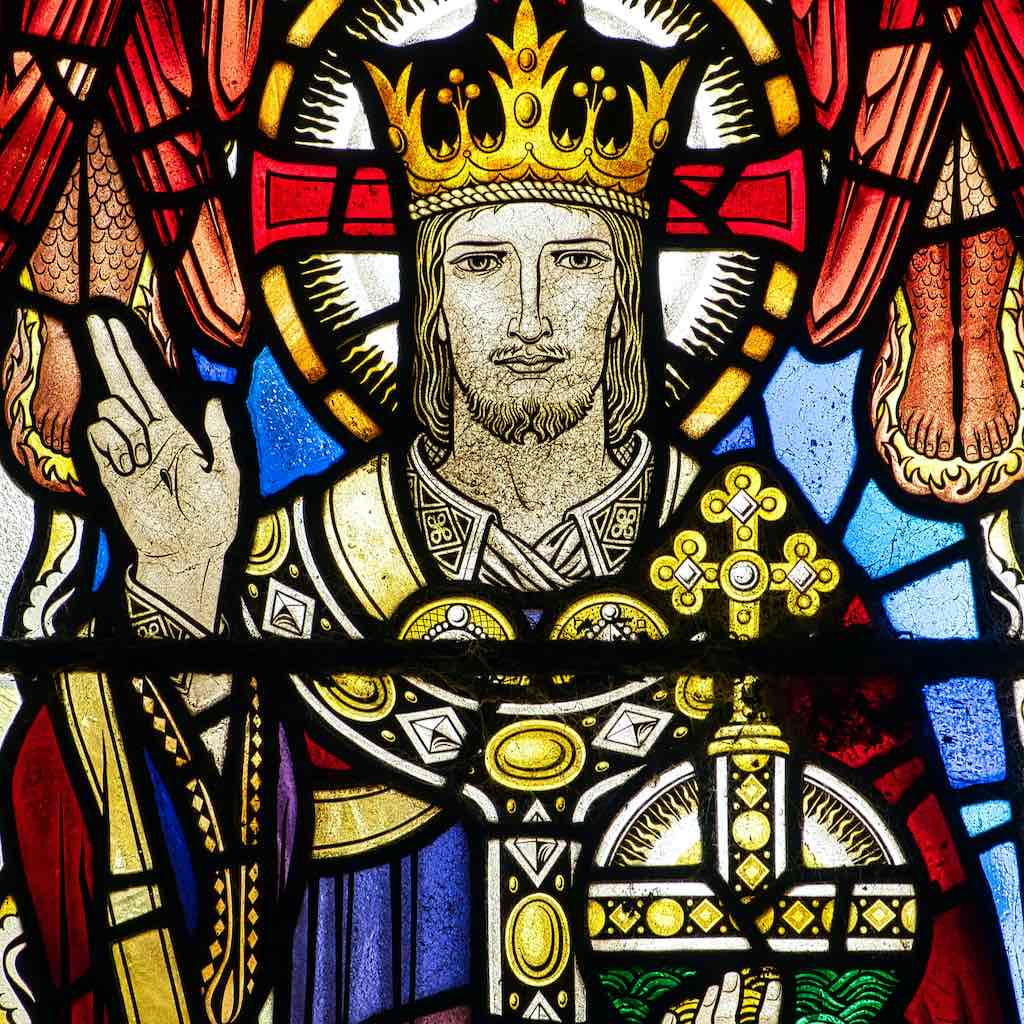 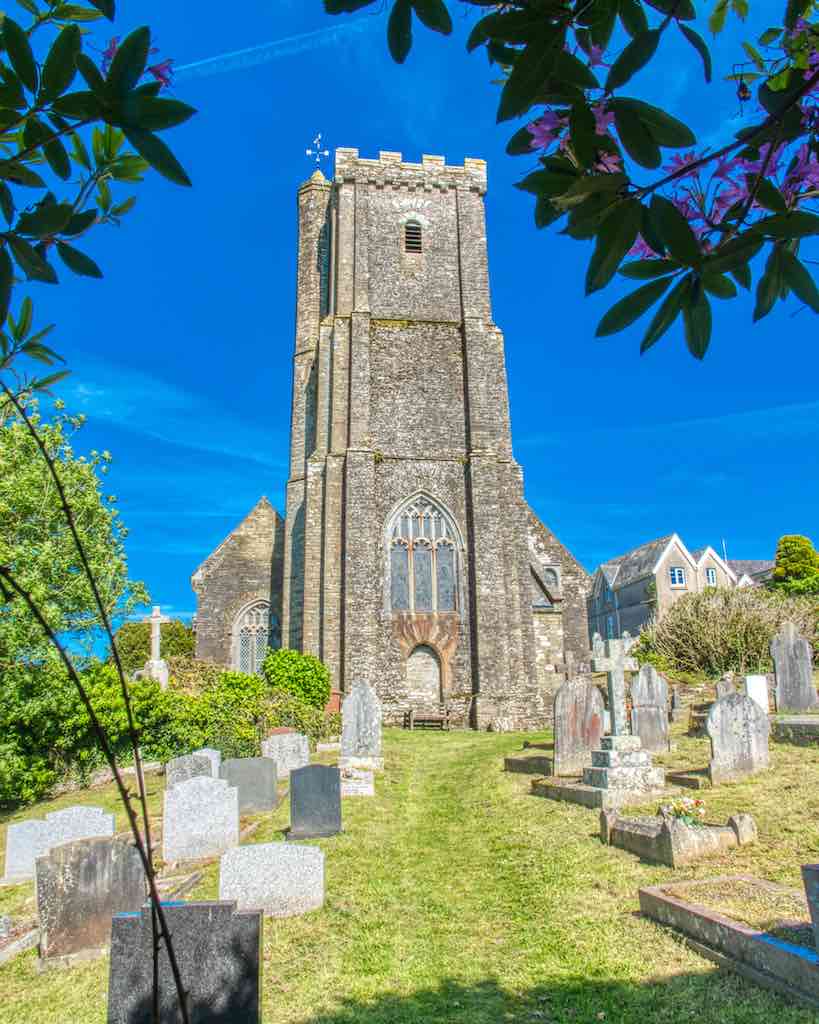 It had been a dry Autumn, the third one in three years, and when folk congregated in East Allington church on the morning of November 12, 1943, their chatter was as much about crops as about the war, which was starting to look like victory; the Battle of Atlantic almost won, over a hundred thousand terrible deaths on both sides in a cold, merciless sea…

Then their universe exploded.

The Lord Lieutenant of Devon spoke. Everybody, in East Allington, in Torcross, in Slapton, in Strete, in Blackawton, in Sherford, in Stokenham, in Chillington, absolutely every single person, had just five and half a weeks to evacuate the area.

And all did, heart-hurt and hardship notwithstanding, even though these folk were as much part of the land as the trees and streams, the birds and beasts, yet for the greater good, for their countrymen, their allies, the occupied lands, the exterminated, for their friends, their own sons and daughters, mothers and fathers, serving, fighting, dying…

They were not told the reason. I bet they guessed.

The Americans moved in and started training for D-Day, the coast around here being so similar to their target beaches, building camps, guard posts, jetties, roads… until they too left, sailing off to war, to fight, to die, for the world and everything valuable in it, and the local folk returned in August 1944.

Though knowing country cunning, I hazard they knew every single military intention before the Yanks had started their morning coffee.

East Allington Church on the outside

An almost Brutalist tower, very traditional for this area, sets off the nave and aisles.

That little bit of history is remembered, and the church is still in people’s hearts.

This is the thing. Congregations in rural parishes might be small for the moment, but the parish church is still the heart of the community in many ways, ancestors buried, folk baptised, sitting and reflecting, a comfort in pain, a joy in marriage, even if they only worship there occasionally.

And a wonderful heart it is.

A beautiful South Hams (as this area is called) church, with the regionally traditional big angular buttresses on a tall tower and that grey slate stone, half buried in the side of the hill; a lovely vantage point for sure.

Good stonework and slate louvres in the belfry

They have a wonderful way of arch building down in this neck of the woods, and up here in the belfry opening we can see it. The thin-stoned arch with slate louvres, and the relieving arch above, splayed out like a spatchcocked chicken but, hey, it does the job and looks ace.

The nave is 13th century, the aisle on the left 14th and that on the right 16th

The church was in existence by the 1200s when records of the rectors begin, before that it was served by a priest from the local Minster.

A London builder bought the local manor in the nineteenth century and paid for the church restoration, a good example of the money that poured into Devon churches from folk moving here in those days.

Up the nave is the wooden pulpit, a wowzer if there ever was, even allowing for its newer brownness. It has been created in two stages; the main carving comes from the 1500s, from just before the Reformation; there should be religious statuettes in those niches.

But suddenly the Reformation shudders to grim life and religious imagery suddenly becomes a big no, so those niches were empty until James 1 turned up. Then the locals plopped a Scottish unicorn and thistle, an English rose and lion and a French fleur de lys, amongst others, in the niches, likely high fived each other and proudly, and very wisely, declared themselves to be loyal subjects.

It pays to be nice to the men with the guns.

It is a grand thing too, with those coloured shields down below giving an idea of how it might have been painted.

But here is the thing. It is inhabited. Little creatures just above the gothic image canopies, waiting, waiting for their riders…

A faery face through the leaves

… whose ethereal faery faces peer out of the foliage above. Are not they just delicious?

The carvers knew that the end of magic was coming, that strict men with strict words and strict beliefs and strict clothing were taking over, and they created this home for the little folk, a hideaway, a shelter…

I ain’t sayin’ nothin’, because I’ve heard naught, an’ I’ve see naught. But if you was to say there was more things after dark in the shaws than men, or fur, or feather, or fin, I dunno as I’d go far about to call you a liar.’
Dymchurch Flit. Rudyard Kipling

And here they are, peeking into this world to see if it is time to ride out again, and with their steeds below them waiting…

Me, I think the time has come, magic rolling out once more all over the country, and the little folk riding forth.

But then I have always believed in fairies, there is that…

And I have not heard a better explanation for the carvings on this pulpit, there is that too…

Of course if we are going to truly welcome the hedgerow folk back out to this beauteous world, we need to give them a place where they too can bow down to the Divine, a palace fit for magic, carved with enchanted leafage…

Just like… Oh! Just like this place, really. Is not life a wonder? As well as this rood screen of course. Just covered in the praise of God’s creation…

Hymns to the abundance of nature, carrying a message of God’s magnificence, distilling out patterns of greenery through the artist’s eyes, capturing a truth about growth and lushness outside realism, and beautifully so I venture.

They are glorious, and they so clearly come from another culture’s eyes, not modern day Brits dressed up in old fashioned clothes.

Bet the fairies adore them too.

The Sanctuary tidied up by the Victorians.

Through the rood screen is alabaster-land, the massive altar back, a Victorian Grand Guignol, very marmite I suspect, either loved or hated.

But us church lovers being an open minded kind of folk…

The alabaster altar back (reredos)

The Victorian alabaster altar back, technically called a ‘reredos’

… let us count the ways to love it…

The colours for one, the rust-reds and foam-whites, waves tumbling on the red-stone Devon coast; the gothic carving with the elegant canopies over the figures; the intricacies, the cresting, the arches; the Crucifixion scene itself, grief defined with Christ as the Sacrificial Lamb…

In the north chapel is this delicacy, age has left a gold and black sketch, transforming it into a powerfully suggestive image of devotion and compassion; the figure, possibly St Andrew, wearing a bishop’s mitre and holding a chalice and book, with his arms wide to both bless the world and receive the prayers of all.

Did the artist purposefully mean this to age so powerfully over the centuries?

I vote yes. Because magic.

While the Earth remaineth: The Covenant Window

And then this 1936 window, words and images reinforcing the meaning of that screen foliage. The text below each seasonal picture is a paraphrase of Genesis 8:22

While the earth remaineth, seedtime and harvest, and cold and heat, and summer and winter, and day and night shall not cease

This is part of God’s promise after the Flood, after Noah has survived, and he is making this vow to his own heart, internally. Never again. From now and forever, abundance.

But there is something rather radical and marvellous going on with this Old Testament story, whether seen as history, as a meditation on humans and the Divine, or as myth…

Just before this God has destroyed most all humans with the flood, because naughty, but now he vows to himself to look after them, because… naughty!?

I will not again curse the ground any more for man’s sake; for the imagination of man’s heart is evil from his youth; neither will I again smite any more every thing living, as I have done

Because ‘the imagination of man’s heart is evil from his youth’ he will not turn on the taps again.

Because mercy. Because compassion. Because love.

This, in Rabbi Shai Held’s beautiful insight, is a meditation on the tension between judgement and compassion.

We need both, looking at ourselves and at other folk, but guess which one wins? Yup, that old darling love again, because the Divine promises ‘Never again’, even if, to be fair, there are often a heapload of examples why us humans, or even us individuals, do not measure up to our potential for full metal love.

But as we are in the image of God, this is what we can achieve, when we put our hearts and souls into it.

That, or start preparing trainloads of land drainage experts…

And the central text (Benedicite, omnia opera), from part of a service in various churches (channelled from a biblical passage), is the response to this:

O all ye Works of the Lord, bless ye the Lord :
Praise him, and magnify him for ever

This can be how churchy things work, so many connections. Plus pictures, gobsmackingly charming pictures.

Quite honestly the pretty pictures will do me, but the meanings do add depth; deep, deep depth.

Oh, and one other point… Why is there Christ here when this window is about God the Father’s Covenant back in the Old Testament? Simple really, Christ brought a new Covenant to show the way of salvation to every individual in the world, and here he is in his pose as ‘Saviour of the World’.

Memorials in the church

Meanwhile some fine brasses, this to John Fortescue from 1595 and his wife, finely detailed clothing all bundled up against the South Devon damp.

The lace, the ruffs, the sumptuous clothing, this is turn of the century bling.

A much more soberly dressed couple from the 17th century

Whilst fifty years down the line in 1649, the year Charles I said au revoir to his head, another John Fortescue died and this memorial was created. Armour, civil war, Puritan rule and so very no to bling, even for his wife who had died twenty years previously.

This is a memorial to a couple who were good because they were modest, dutiful Christians, while the brass figures, even praying, are signalling their status through their very expensive clothes.

Allowing for the fact that just having a memorial in the church was a statement of social standing.

The carvings rhyming with that Covenant window

With the ark, the Holy Spirit, the Lamb of God and the three fishes as a symbol of the Holy Trinity amongst some of the delightful carvings.

In the end, peace and calm

A rich church, full of history and stories of the Divine, beauty of art and human insight, a place where folk were wrenched from their homes, returned from exile, rebuilt lives, reopened churches, remembered the brave…

A place to sit in shades of grey; that is what the window is saying, that there is never a strict solution to the balance of judgement and compassion… but the ultimate nature of the Divine is compassion.

And sitting at peace in the comfort of shadows, hearing the occasional rustle, wood creaking, a mouse scurrying, stone settling…

The hedgerow folk sure know how to disguise their movements…