Woolfardisworthy Church of All Hallows Basics 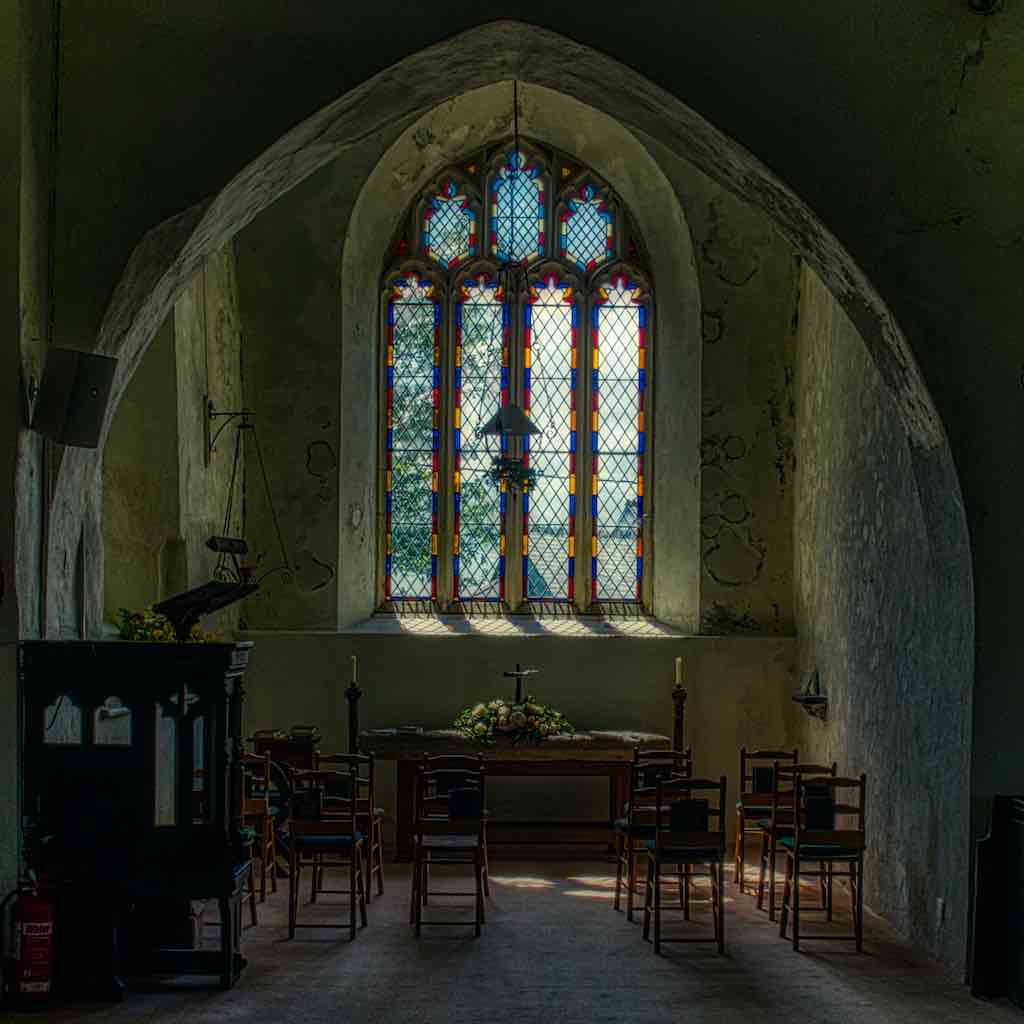 Way up near the north-west coast, Woolfardisworthy is a strongly built church with a powerful tower, more similar to church towers way down in South Devon than to most local churches.

There is an astounding survivor of a Norman south door, with beakheads and chevrons, and finely carved capitals to its embracing columns. A real stunner.

Inside the first thing is the light; minimal stained glass means the place is flooded, and the simplicity of the space underlines this.

An advantage here, for the centrepiece of the nave has to be the medieval benchends, with Instruments of the Passion, figures and sigils all carved on them. The highlight is a crucified Christ, terribly moving to see here. It is one of only about two or three that have survived on Devon benchends.

Coming close behind as a must see in the nave is the Norman font, a primeval creation, looking as if it was dragged from the nearby sea-pounded rocks at the dawn of creation.

The chancel is a place of peace and simplicity, and the East Window of 1925 is a nice slow burn. What seems at first glance like a good Crucifixion scene turns into something with much more depth on closer inspection.

The Richard Cole monument of 1610 is a beauty with a lot of its original colour remaining and a fine reclining figure in armour.

All in all, a fine church in some very pretty countryside.