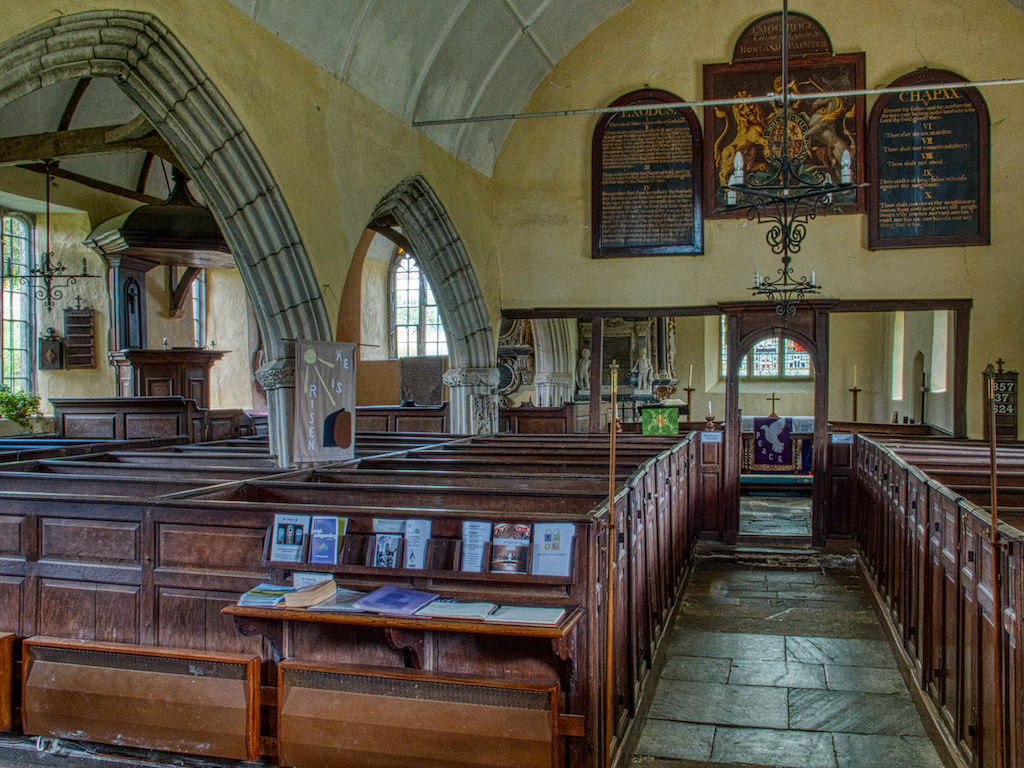 An extraordinary church set on a beautiful hillside between the Exmoor high moorlands and the fertile Devon valleys.

The stone is beautifully coloured and the stonework itself is a joy.

Alongside this there some fun stone creatures running around the top of the tower, or just sitting comfortably up there.

The interior is where the extraordinary says hello; a near unaltered early 18th century rustic interior, described as ‘one the best in the country’.

Box pews to die for, a triple-decker pulpit, flagstones, and Commandment Boards and a Royal Coat of Arms facing the congregation on the tympanum separating off the chancel. It is a true glimpse into a vanished world.

Then there are the wall memorials, a gorgeously florid collection of 17th and 18th century confections, arguably the best one in the chancel with its very moving backstory.

Under one of the memorials a real sweet 1650/80 Ascension scene has been added, really lovely.

Some good stained glass, a bit of the old rood screen (?), there is so much to discover here.

As a historical church, it is in the top ten of Devon, as a place of sprit and beauty it is just wonderful.

Although the fabric is now largely C15 the size of the nave and chancel probably reflect the extent of an earlier building.

The C15 aisle extends across both nave and narrower chancel which is unlikely to have occurred if the church had been of one phase and not incorporated either earlier fabric or merely an earlier plan.

In the C12 William de Botreaux gave the advowson of the church of Molland and Knowstone to Hartland Abbey.

Molland Church has one of the best examples of an unrestored interior in the country..