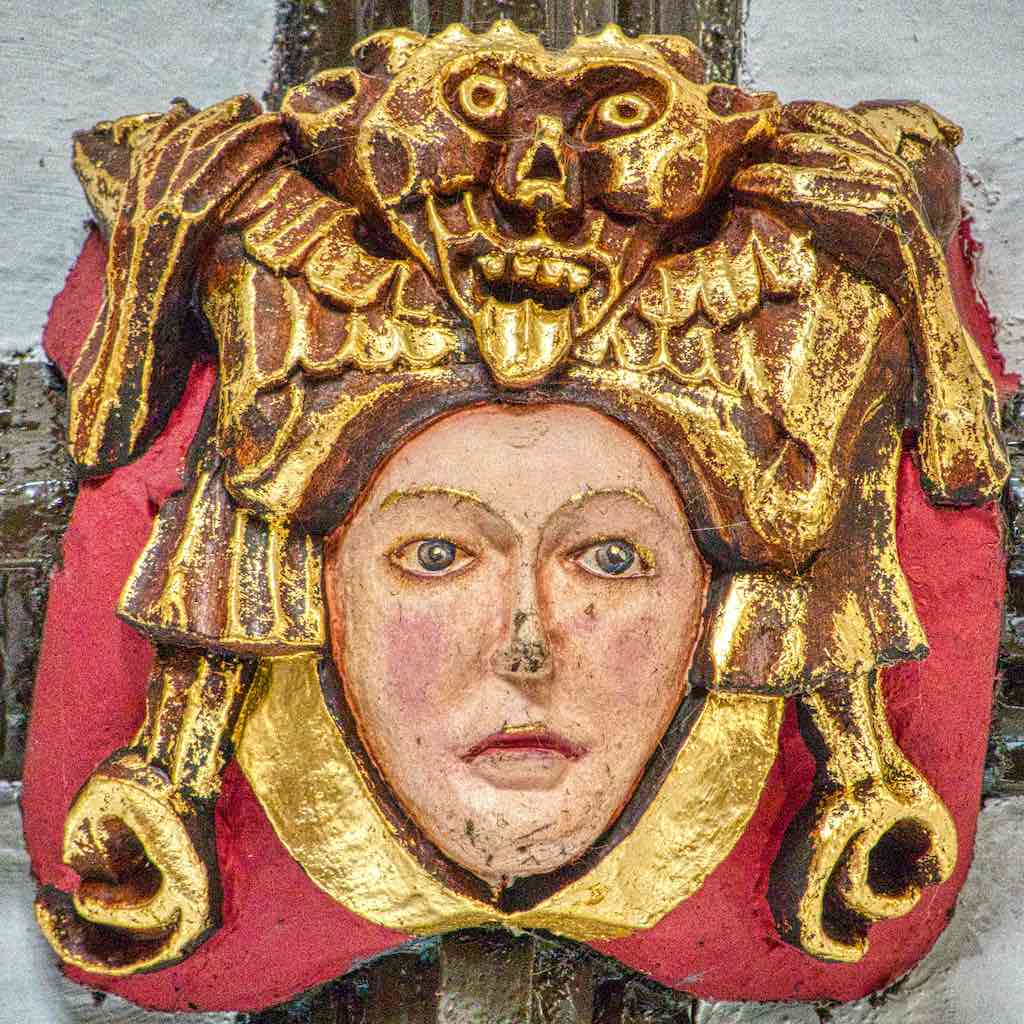 A real star this one, With a beautiful red stone exterior set in a lush churchyard and a deep history connected with Sir Walter Raleigh, one of the first English colonisers of North America.

Inside it just gets better and better.

There is one of the earliest surviving chancel screens in Devon, with traces of the supporting beam for the loft, very different from later screens that supported the loft through wooden vaulting.

Then there is a fantastic 1894 pulpit carved by Harry Hems of Exeter, a beautiful piece of oak woodwork.

Some impressive medieval roof bosses too, expertly re-coloured in the 19th century, along with fine stained glass from the same period.

The real fame of the church though comes from its 16th century bench ends an astounding collection, over 60 and still counting. They show local life, so beautifully so, along with foliage that seems to be bursting out of the wood, exuberant and subtle at the same time. Worth a good long look to really appreciate them.

There are also some 20th century bench ends of the same calibre, two of them WWI memorials and extremely well executed.

There is so much more too: fine stone work, a goodly piece of Flemish woodwork, fascinating memorials, and all just a hop, skip and jump to the beach at Budleigh Salterton.

A good if unremarkable C15 Perpendicular-church boldly situated at the top of East
Budleigh Village High Street. It appears to be basically a one period church as
renovated in 1884 with a longer chancel.

The church however is most remarkable for its complete set of early C16 oak benches
with their wonderful secular early C16 bench ends which are so evocative of the
families and occupations of East Budleigh at the time.