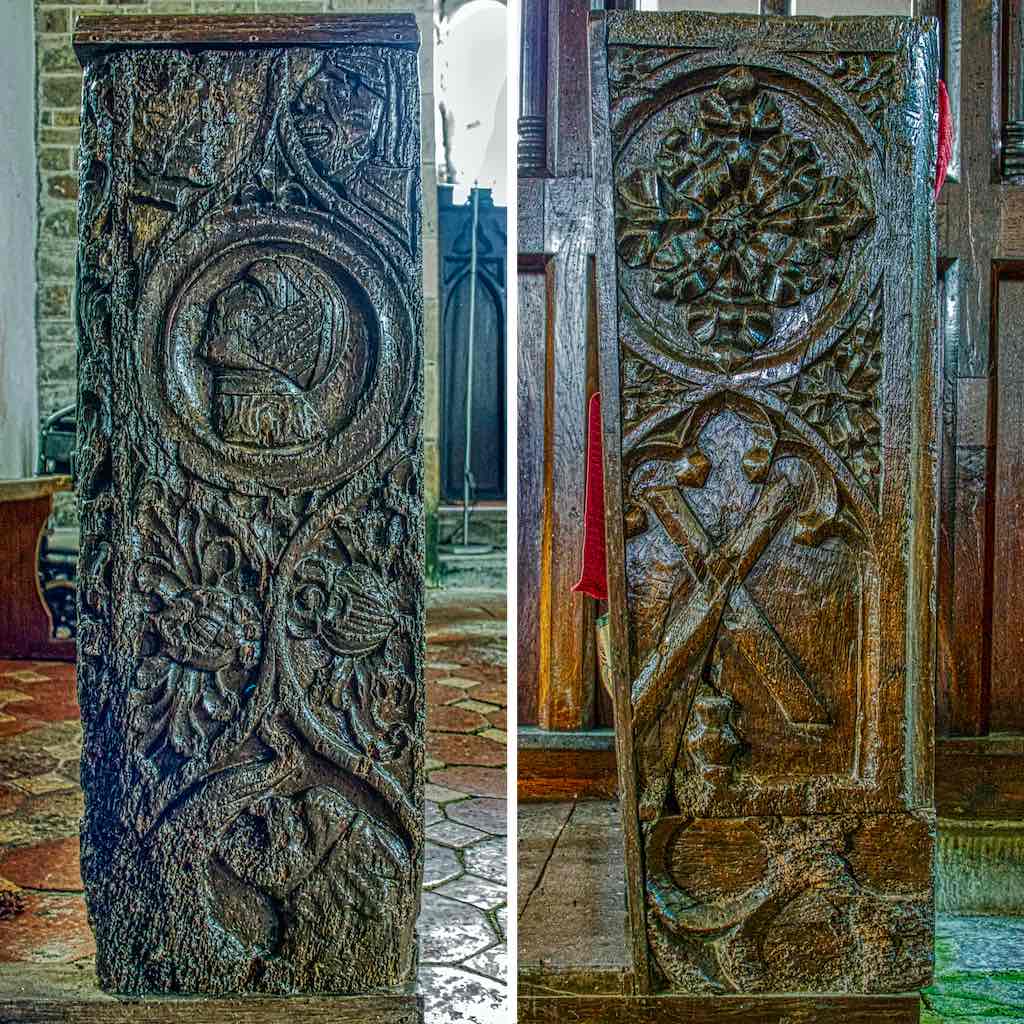 The only parish church dedicated to the Seven Maccabees in the country, and a very unusual church for Devon as well.

Most of the church seems to come from the 1300s if not earlier, the tower has Norman origins, and originally it was cruciform in shape, with a north and south transept.

The addition of the north aisle in the early 1500s incorporated the north transept.

Inside it is a modest and calm, with some early benchends both carved and uncarved. For my money, the uncarved ones are the most evocative.

There is some ace Jacobean woodwork too, well worth a delight or two.

The victorian work grows on one. The screen is just right for the age of the church, Early English style, and the eagle on the lectern is just pure fun.

Very much its own church here, in atmosphere as well as dedication. Well worth seeking out amongst the backroads of West Devon.

Although this is a fairly simple church its importance lies in its early date and relatively unaltered state.

Dedication date of 1315 suggests it was extensively remodelled then