Bradford Church of All Saints Basics 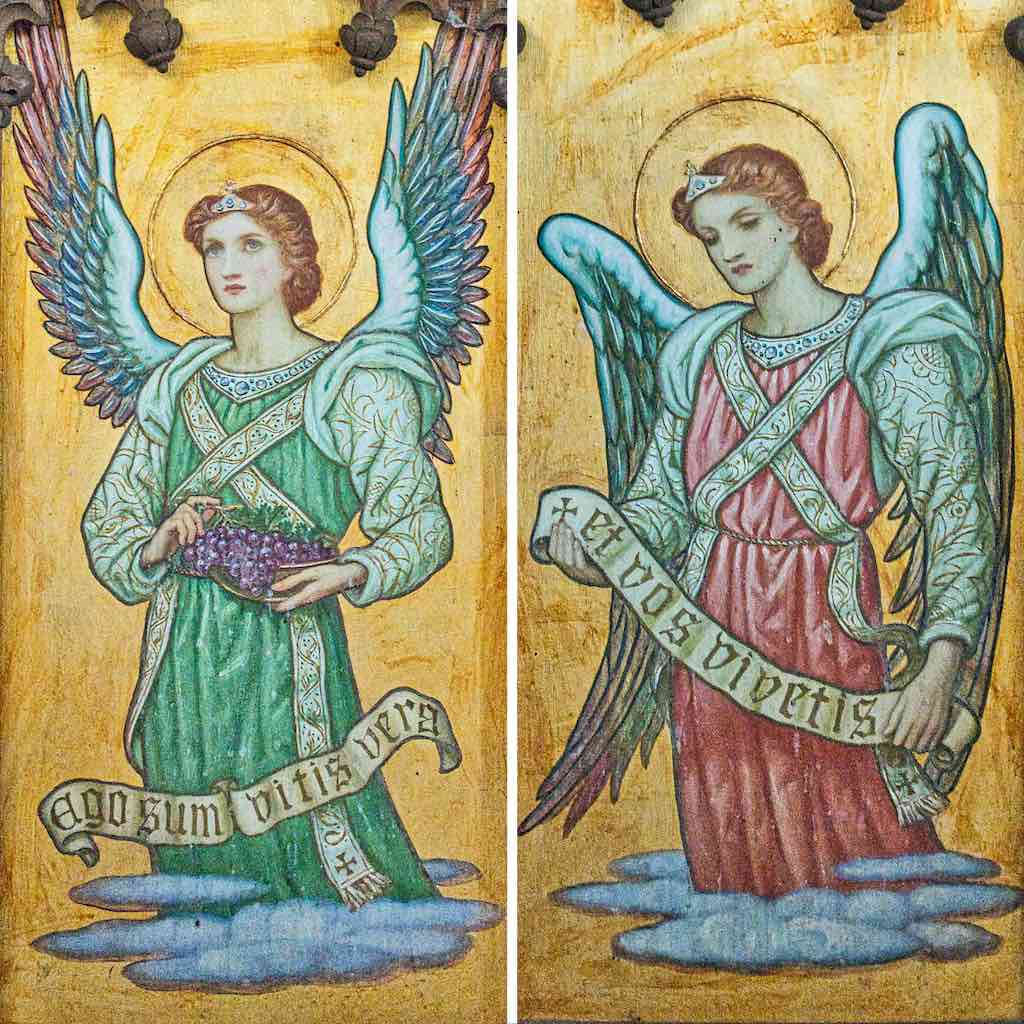 A modest little ancient church tucked away in the West Devon countryside, with some true delights as ever.

Then there are a good selection of 14th to16th century windows , and a striking tower which was rebuilt in 1550 after a lightning strike.

The south doorway is Norman, from a previous church on this site, and the door itself has some good Victorian hinge work.

In the nave the old Victorian altar back by famous Pre-Raphaelite painter Edward Fellowes Prynne is on the south wall, a lovely piece.

In the chancel there is a very impressive Victorian aumbry, made from stone from all over the South West and a cracking piece of design. Also some seriously good floor tiles.

Topped with with good 19/20th century stained glass, this church is a simple little charm.